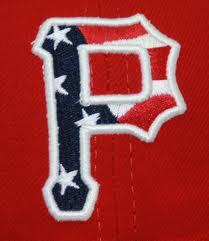 Coram, NY – The 12U LI Prospects got off to a good start playing up in the 13U Boys of Summer Fall league when they swept a double-header from the LI Ducks yesterday at Diamond in the Pines.

In game one, despite the strong effort of starting pitcher Chris Wasson through five innings, some uncharacteristically shoddy Prospect’s defense that extended some innings — particularly down the stretch — and relief pitching challenges allowed the Ducks to take a 5-4 lead in the top of the sixth. But, with the game time limit in effect, the Prospects managed to put runners at second and third with two out in their half to set up a walk-off single by Nick Valeriano and a 6-5 victory.

Game two saw the Prospects off to fast start and a 2-0 lead in the middle of the first. As it turned out, that was all they’d need. With improved defense and solid pitching performances by Alec Acri and Matt Conry, the Ducks could only muster one run while the Prospects offense continued to produce and ran away with an 11-1 victory by run-rule in 5 innings.

The fall league continues when the Prospects play the LI Breakers next weekend, time and place to be determined.