Prospects victorious in clash with Titans

Holtsville, NY – The LI Prospects 12U team continued their winning ways with an 8-5 victory over the LI Titans White on Sunday at the Suffolk PAL Complex. In an effort to beat the inclement weather at the forefront of Hurricane Sandy, the teams played a 9-inning game in less-than-ideal conditions that counts as two in the 13U Boys of Summer Fall National standings where this 12U team is ‘playing up’.

The Prospects took an early lead and held it throughout. Pitchers Brian Porricelli, Matt Conry, and Alec Acri were good enough to keep the Titans chasing while the offense — including long drives for a double and a triple by Porricelli, and a clutch 2-out, 2-RBI single by Jack Delaney — took what they were given and did enough that the game never felt in doubt. With the bases loaded and one out in the Titans’ 8th inning, a suicide squeeze bunt that went 1-3-2 — Acri to Nick Valeriano to Matt Coster — for an inning-ending double-play was a defensive highlight.

With 1 double-header remaining, this team has a realistic opportunity to complete an undefeated fall season having gone without a loss since they formed as the Prospects in late August.

The final matchup for 2012 is scheduled for this upcoming Sunday November 4, beginning 12:45pm at Moriches Complex against the LI Whalers.

Massapequa, NY – The 12U LI Prospects remained undefeated in their fall campaign when they soundly defeated the LI Braves 13-0 at Burns Park yesterday in league play. In a game scheduled for 9 innings to count as two at the Braves request, the Prospects put an end to this one early invoking the ‘mercy rule’ after 6.

The Prospects struck early and often capitalizing on some charity and timely hitting. Matt Coster, with a couple of big hits on the day, drove a double through the gap in left center field to knock in three in the first inning and put the pressure on early. The Prospects’ game also featured excellent baserunning that attributed to their scoring. The Braves’ only threat came in the 3rd inning when a hit and a couple of walks loaded the bases. But starting pitcher Matt Conry was able to work out of the jam and was lifted after four innings allowing one hit and no runs. Defense was solid including a nice catch on a sinking line drive in center by Brian Porricelli and a heads-up assist by right fielder Matt Nilsen going 9-3 to take a hit away. Tyler Manger was dominant in relief going two innings without allowing a runner to reach base.

The victory extends the Prospects’ record to 8-0 ‘playing up’ in the 13U Fall National division of the Boys of Summer with two double-headers remaining (including a make-up with the LI Titans).

The team has not been beaten in 20 games since their formation in August. 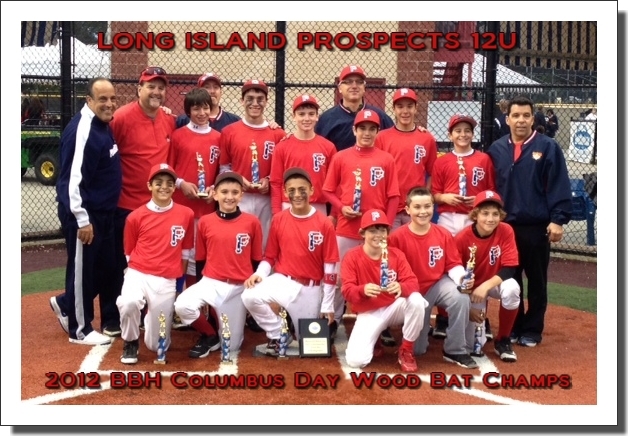 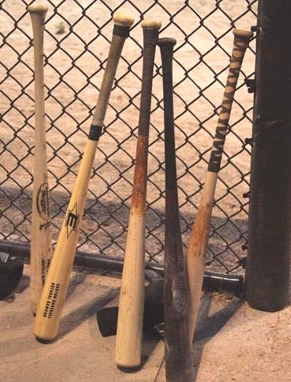 Coram, NY – The Prospects remained undefeated tonight when they dominated in both ends of their double-header against the LI Sharks, 10-0 and 11-1, under the lights at Diamond in the Pines. As indicated by the scores, the games featured solid performances in every aspect of play by the Prospects. Their 6-0 record with 47 total runs for and just 9 runs against gives them sole posession of first place in the National Division, the top tier of the 13U Boys of Summer league in which this 12U team is ‘playing up’ this fall.